Looking for a great used car but have a limited budget? If you can manage to stretch your budget to $10,000, there are lots of great cars and trucks to choose from in the used marketplace. We challenged the Autoblog editors to find a great, versatile used car, truck or SUV for $10,000 or less. As you might expect from a group of auto journalists, there are some oddballs thrown in for fun, too. We ordered the list starting with the most practical options, regressing into some of our more esoteric choices.

Head on through to see what we found. But if your budget is a little bit smaller, check out our top picks for used cars under $5,000.

The Lexus nameplate is synonymous with quality, and as far as the RX 330 is concerned, that’s a well-earned merit badge. The RX is reliable, which is of utmost importance in a budget-driven used-vehicle decision. But it’s also smooth, quiet, and comfortable.

There’s ample room for four passengers, or five when necessary, and the rear hatch will happy hold all your various sundries and groceries. If you’re looking to save a few bucks on gas, keep your eye open for an RX 400h hybrid, though those are harder to find at our self-imposed $10,000 price point.

It’s a very virtuous vehicle, and for that, it makes our list. 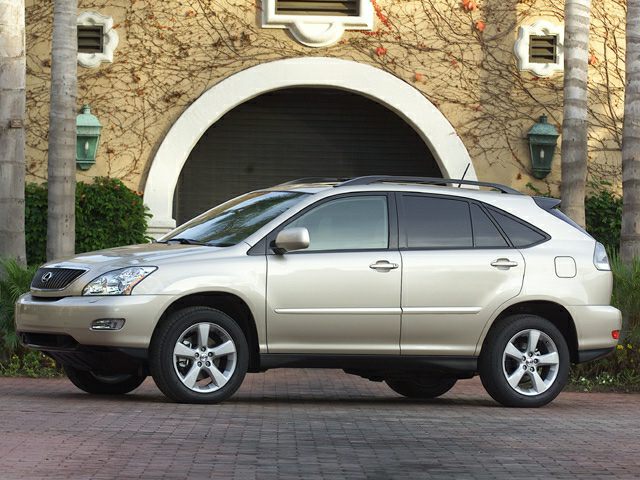 This editor’s current car is the eminently practical 2007 Honda Fit. The vehicle was purchased maybe three years ago for a little over $10,000. The purchase hasn’t been regretted, even for a minute. The car is roomy, relatively fuel-efficient and fun to drive.

The Fit is a damn good car. It’s not fancy, it’s not the prettiest vehicle on the road and it’s not even all that connected (our editor’s base version has a $150 aftermarket iPod connector kit, since there was no built-in way to get our tunes onto the stereo system. The Sport Trim from the first-gem model does have an AUX in jack). It may lack eye-grabbing looks, but the Fit has lots of space for two bicycles inside (without the front wheels), and this setup keeps the entire back space open for other travel necessities. The small car feels plenty planted on the road, whether it’s a hot day in the summer or an icy Michigan winter.

Keep yours eyes open for one with a slick-shifting manual transmission. 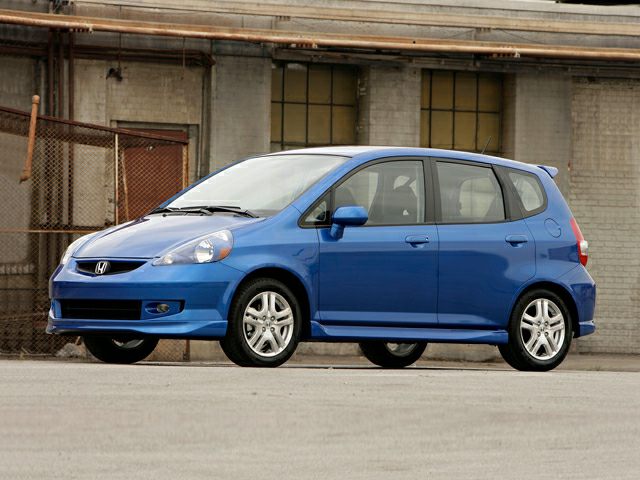 Electric vehicles have terrible resale values, which makes for cheap entry into battery-powered transportation. And if you’re looking to try an EV without locking into a multi-year lease (or want to go all-in for easy money) look no further than the Nissan Leaf. Specifically, look at 2013 and newer models, which list right around our $10,000 limit. This model year brought a number of upgrades to the Leaf, like improved steering and brake feel, a more efficient cabin heater, and better cabin materials. Look for SV and SL models, which come with a 6.6 kWh onboard charger that enables 4-hour charging times on 220-volt power.

That’s half the charging time of the Leaf S and previous model year, which vastly increases this EV’s practicality. Still an EPA range of 75 miles gives most people range anxiety, even if that distance covers almost every daily driving scenario. It has seatbelts for 5, a comfortable upright seating position, plus EV advantages like quick responses and near-silent cruising. And you never have top stop off at the gas station. If you have another car for road trips, the Leaf is an ideal second vehicle, especially if it’s used for local driving and errands. 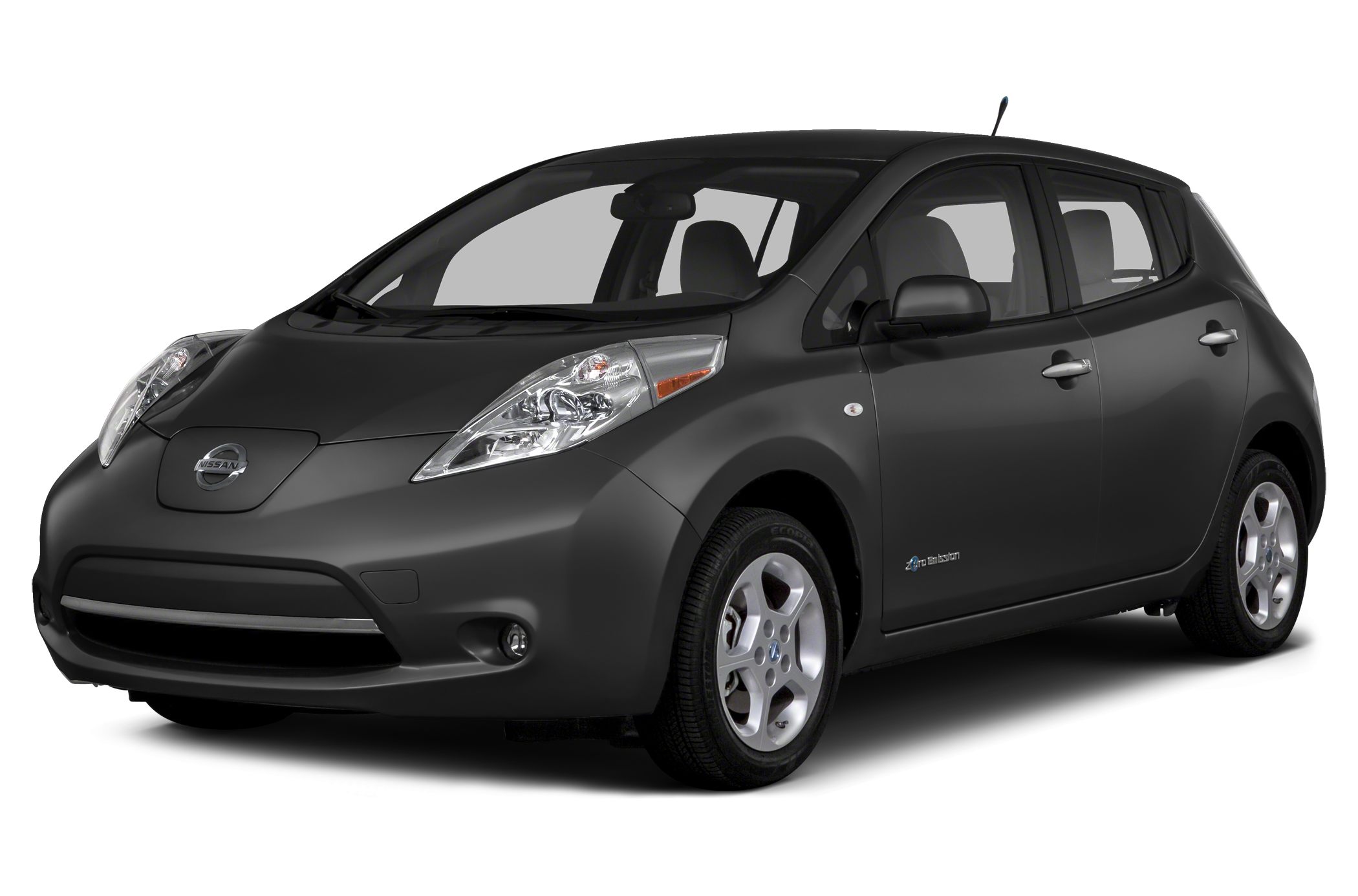 A decade-old 3 Series hits on a number of levels. It still looks reasonably cool. Friends will notice and nod approvingly at your choice of a Bimmer, while enthusiasts will appreciate your good taste in suspensions and steering. It’s like drinking a Heineken. It’s seldom out of place and conjures class and appeal with a lot of different crowds.

There’s plenty to like in the 325i: rear-wheel drive, an inline six hooked up to a five-speed manual and an interior that’s simple and clean. The outside has a similar vibe. Yes, this is obviously not the latest 3 Series, but it still looks smart and stylish. The car is just old enough that it hearkens back to a time before seemingly every luxury car was dripping in LEDs, fantastic curves and eye-popping nav screens. If you look hard, it’s not difficult to get one well under $10,000.

MX-5 Miatas, as a general rule, don’t need more power. It’s not what they’re about. And if you do, the aftermarket is happy to help you slip a V8 or a turbo kit under the hood. So if it seems odd that the Mazdaspeed is on our list, after that disclaimer, it’s because these factory-turbocharged models are much more than the increased output would have you believe.

For one, they’re rare, with an abbreviated two-year model run. It’ll be harder to find one, but you’ll have a better shot of getting an enthusiast-owned example that’s been well taken care of. Secondly, they’re noticeably quicker than their non-turbo counterparts, but don’t give up much of the basic goodness the second-generation Miatas are known for. It handles as well (or better than) the non-turbo cars, and trades a slight loss in redline for 36 more ponies.

It’s not a bad bargain, with book values sitting slightly to either side of $10k. The answer is always Miata, the saying goes, but the Mazdaspeed MX-5 is a better answer if you want to have one of the best special-edition Miatas ever made. 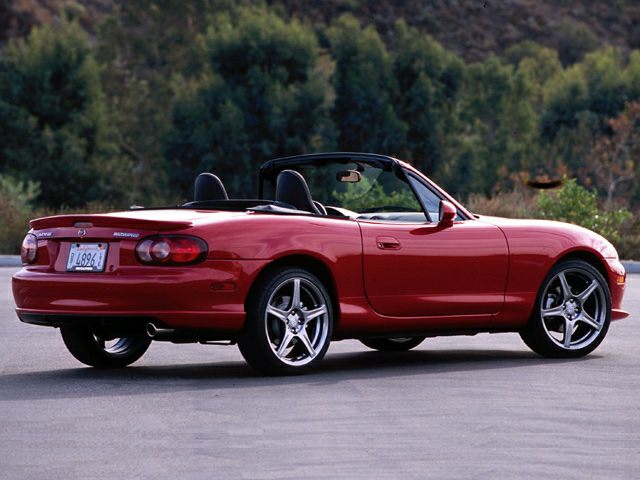 Let’s be honest. There are lots of very good choices when shopping for a used car in the $10,000-range. You could be supremely practical and buy a low-mileage Toyota or Honda. Splurge a bit and get an Acura. Want to buy American? Buick models have proven practically bulletproof when equipped with GM’s tried-and-true 3.8-liter V6 engine.

Or, you could look for fun. Buy a Subaru WRX and bask in the glory of a turbocharged engine, manual transmission and all-wheel drive. (No, really. Buy one before all the good ones are gone.)

But you could also go off the beaten path. Quite literally. Take a look at the Land Rover LR3. This is the model that replaced the Discovery in America. While the old Disco was known as one of the most unreliable vehicles of its time, the LR3 righted many of those wrongs. The old Rover V8 was replaced with a modern 4.4-liter V8 sourced from Jaguar (a 4.0L V6 from Ford was also available), the chassis was all-new and built to last, and the air suspension system made sure even the worst obstacles wouldn’t stop the Landie. It’s even reliable (sort of).

Consider a 2006 model to avoid any potential first-model-year issues with the 2005 LR3. Aim for a V8, with the luxurious HSE package. You think different, LR3 owner, and for that, I salute you. 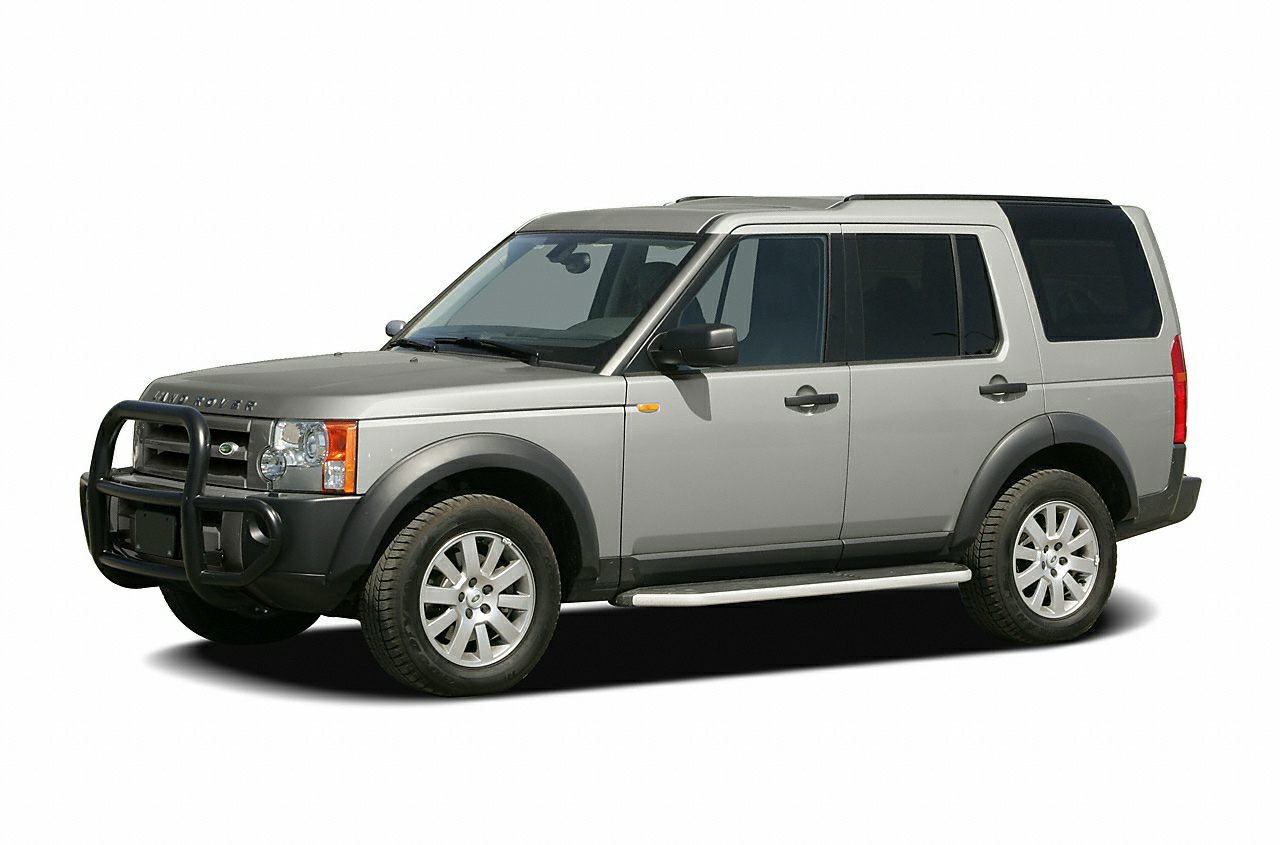 For just $10K, you can find a wide array of vehicles from the new Mini’s first generation. Thanks largely to its 1.6-liter, supercharged four-cylinder, there’s a terrier-like feistiness to the old R53, as this generation was known. While fine on its own, the Mini enjoys a robust aftermarket that can easily increase the standard 170 horsepower to something even more potent.

The best thing about the old Cooper S is the way it drives. The R53 was built before Mini worried about things like ride comfort. It’s rough and uncouth on bumpy roads, but is absolutely dynamite on the right piece of pavement. Aside from maybe the Mazda MX-5, there is simply no car on the market that boasts such entertaining behavior at such a low price.

As for why you should go for a 2006, specifically, there are a few reasons. Mini offered to paint the roof in Pure Silver, the only year such an option was available on the standard car, meaning there are a number of rare, standout color schemes. More importantly, though, 2006 was the final year of this generation, meaning the wrench-turners in Oxford should have turned out their best, most reliable work. That’s not to say the R53 is perfect – it’s English after all – but it’s a wildly entertaining, very handsome take on the small performance car. 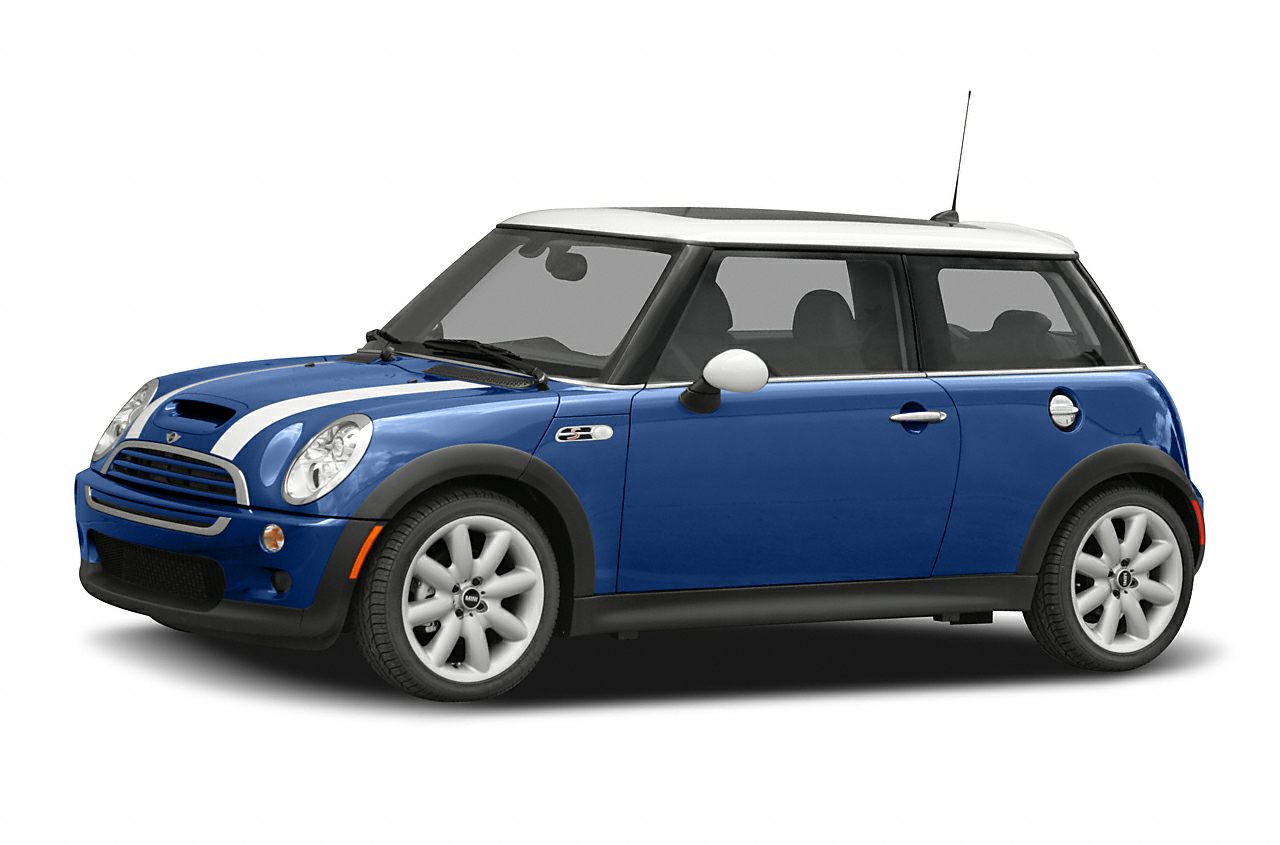 10 hours ago
Verstappen and Stroll collide in Portuguese practice

1 day ago
Bubba Wallace will drive the No. 23 car for Michael Jordan and Denny Hamlin

10 hours ago
Verstappen and Stroll collide in Portuguese practice

1 day ago
Bubba Wallace will drive the No. 23 car for Michael Jordan and Denny Hamlin