LONDON — Six-time Formula One champion Lewis Hamilton, an outspoken campaigner for the environment and sustainability, is entering his own team in a new Extreme E electric off-road series highlighting climate change.

The first race is scheduled for early 2021, and Hamilton’s team will be X44, referring to the Mercedes driver’s racing number.

The Briton, who will not be driving or involved in day-to-day operations, is the biggest name to link up with a series that includes the U.S.-based Andretti United and Chip Ganassi Racing teams, both of which compete in IndyCar. The electric car company Fisker has also announced plans to participate in the electric off-road series.

“Extreme E is an exciting new sustainability initiative, and this is a great opportunity to be involved from the outset as a team founder,” Hamilton said in a statement.

“Of course, my ambitions and commitments with Mercedes in Formula One mean that I won’t be operationally involved in X44, but I’m excited to play a different role in this new series, one that brings my vision for a more sustainable and equal world to life.”

Hamilton, a vegan, said last year he was trying to reduce his carbon footprint — selling his private jet and banning single-use plastic from home and office among other measures.

He also said then that he had no interest in switching to the all-electric Formula E series. 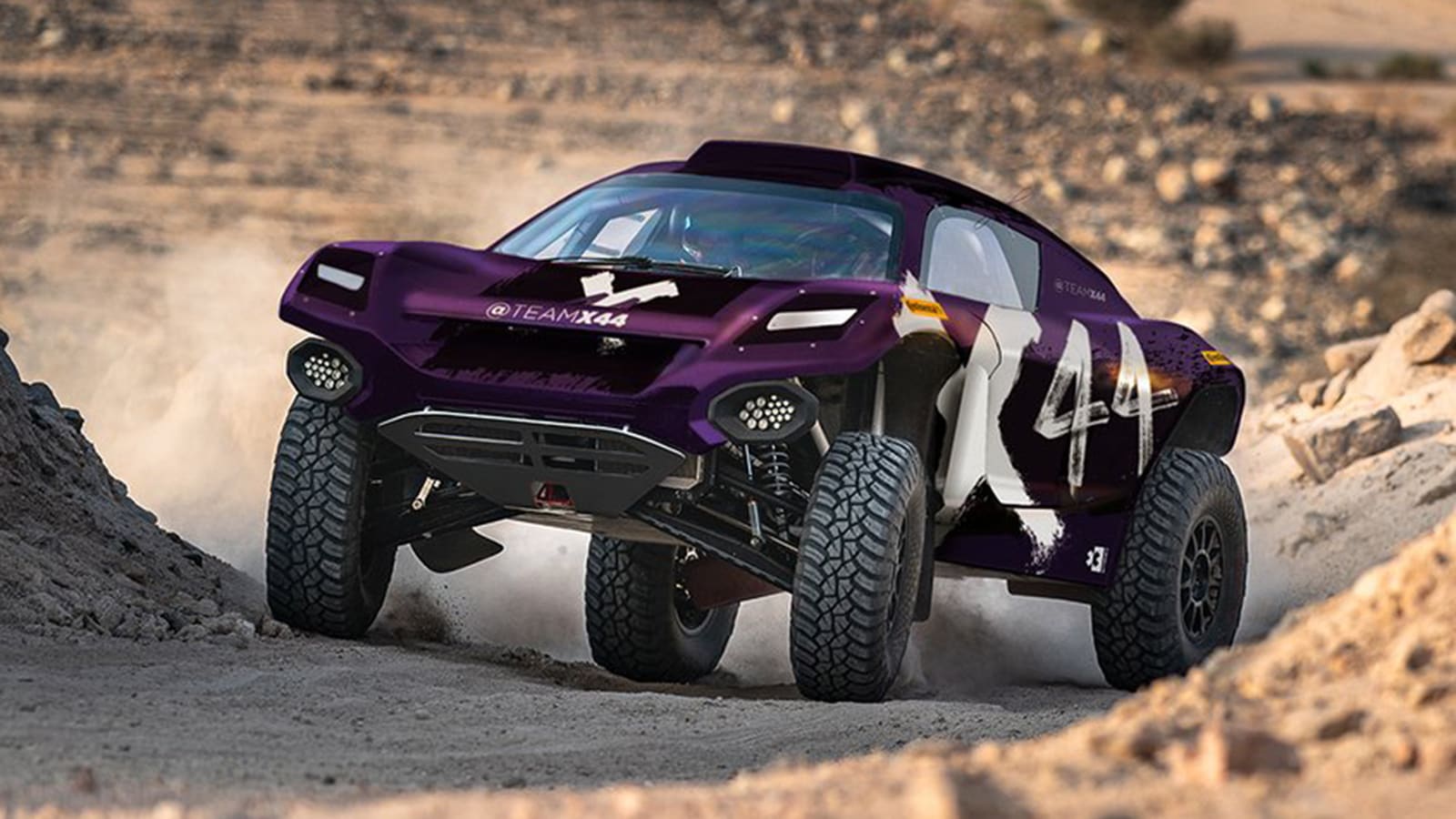 Extreme E races, held without spectators but to be broadcast live on TV and social media, will be held in some of the most remote and harsh environments the world has to offer, including the Brazilian rain forest, Greenland, Saudi Arabian deserts and mountains of Nepal.

The locations are either already damaged or severely under threat from a range of issues such as rising sea levels or deforestation.

Teams will race electric SUVs with the same chassis, called the Odyssey 21. They will all feature the same Williams-produced batteries, but teams will be able to supply unique motors and power inverters. Some minor body changes will be allowed, too. Each team will have two drivers, one man and one woman.

The series will also use a former mail ship as a floating paddock and transporter between locations and for oceanographic research.

“Like us, Lewis is hugely passionate about motorsport, but also shares our belief that we can use sport to highlight subjects which are vital to the world, such as climate change and equality,” said series founder Alejandro Agag. Agag left his position as the head of Formula E to helm Extreme E, both of which will be affiliated with the FIA sanctioning body.