This concept coupe looks like some custom-bodied Fiat or Lancia from the 1950s, but the retro-cute bodywork is just the wrapper for an autonomous concept car that serves as a showcase for technology from Japanese electronics giant Kyocera.

The car is called the Moeye, and lead designer Ryuhei Ishimaru says, “This concept car is designed to embody the history of the automobile from the ‘traditional’ to Kyocera’s ‘car of the future,’” adding, “You can feel the future emerge from automotive tradition.” 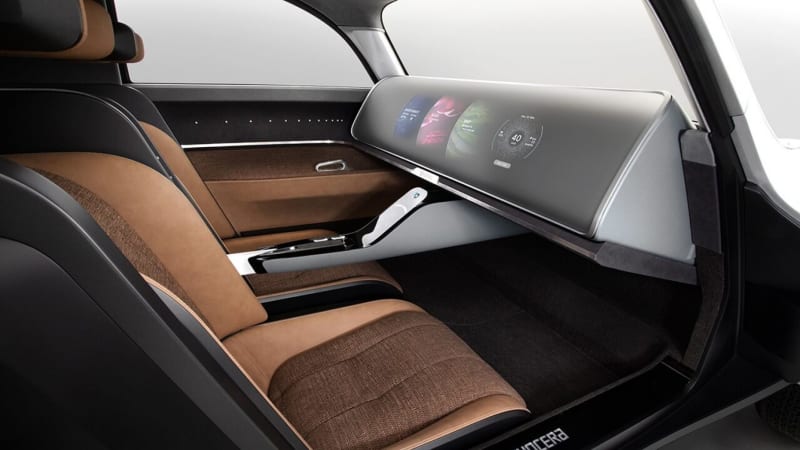 In Kyocera’s vision of the automotive future, there is no steering wheel, a pesky relic of the past that just gets in the way of the fully digital dashboard, an LCD screen that spans the width of the cabin. The haptic-touch-sensitive surface controls all manner of vehicle systems but at its most spectacular, serves as a giant screen on which is projected a feed from forward-facing cameras. That 3D image extends onto the A-pillar screens and seamlessly blends with the view out the windshield to create the impression that the front of the car is completely transparent. Kyocera refers to the feature as “optical camouflage technology.” 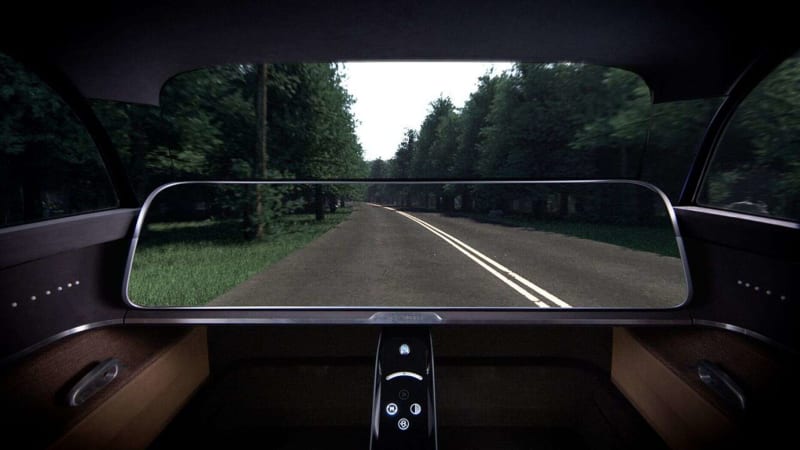 Another great promise of future technology, of course, is helper robots, so the Moeye has “Mobisuke,” a virtual cartoon icon who virtually hovers over the screen to helpfully explain how to operate the various features. The cabin environment is enhanced with Kyocera’s Kyoto Opal, described as “a lab-grown gemstone” and the company’s proprietary LED ambient lighting that is said to more closely emulate natural sunlight.

The Moeye does not, however, portend a Kyocera-produced car. Instead, the company says it aims to “[develop] unique devices and systems in the mobility segment to enable new automotive concepts and a better user experience.”