In addition to major car shows being cancelled or postponed, the Osaka and Tokyo Motorcycle Shows have also been disrupted. That isn’t stopping Honda from showing its wares, such as this Honda CB-F concept bike. The company decided to reveal it solely online, rather than at a show with people.

According to Honda, it’s a tribute to the CB750F and CB900F motorcycles of the late 1970s and early 1980s. And the styling certainly reveals that. At a glance, the gas tank and bodywork look incredibly similar to those bikes, with boxy lines and and angular tail. But looking closer shows that the tank and bodywork blend together better, and the taillight has been shaped to fit the angle of the tail. The front mudguard is shortened and simplified, and there are no visible turn signals. It does still have dual horns visible on the front fork, though, and the paint scheme is a throwback with light metallic colors and accent stripes. 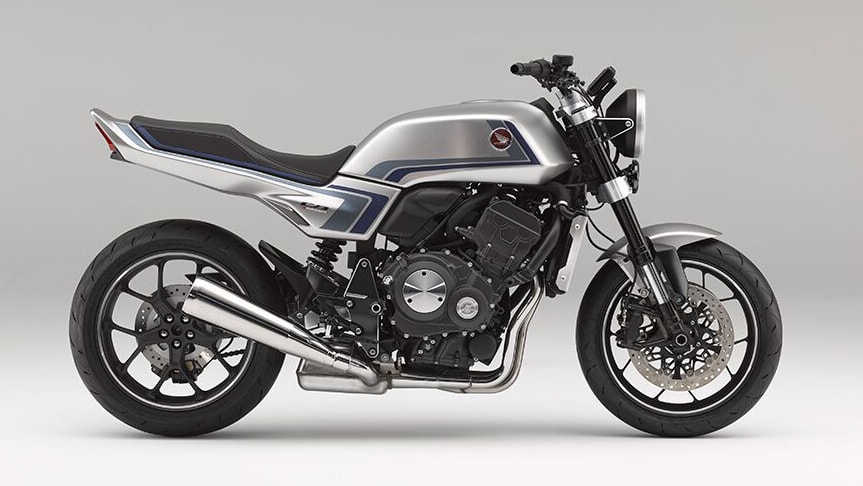 While the body styling is retro, everything else is modern. Unlike the bikes from which it takes inspiration, its four-cylinder engine is water cooled and paired with a six-speed manual transmission. It’s higher displacement, too, at 998 cc. Unfortunately, Honda didn’t share how much power the engine makes. Suspension features an inverted front fork and a single-side rear suspension arm, and it’s all attached to a mono-backbone steel frame. The CB-F’s huge drilled disc brakes front and rear further differentiate it from the original bike.

Face masks will be required on English public transit

18 hours ago
Lewis Hamilton enraged at George Floyd death, and Mercedes backs him

2 days ago
New Batmobile clearly shown in photos of model

Face masks will be required on English public transit

18 hours ago
Lewis Hamilton enraged at George Floyd death, and Mercedes backs him

2 days ago
New Batmobile clearly shown in photos of model